EVBodrum in The New York Times '19 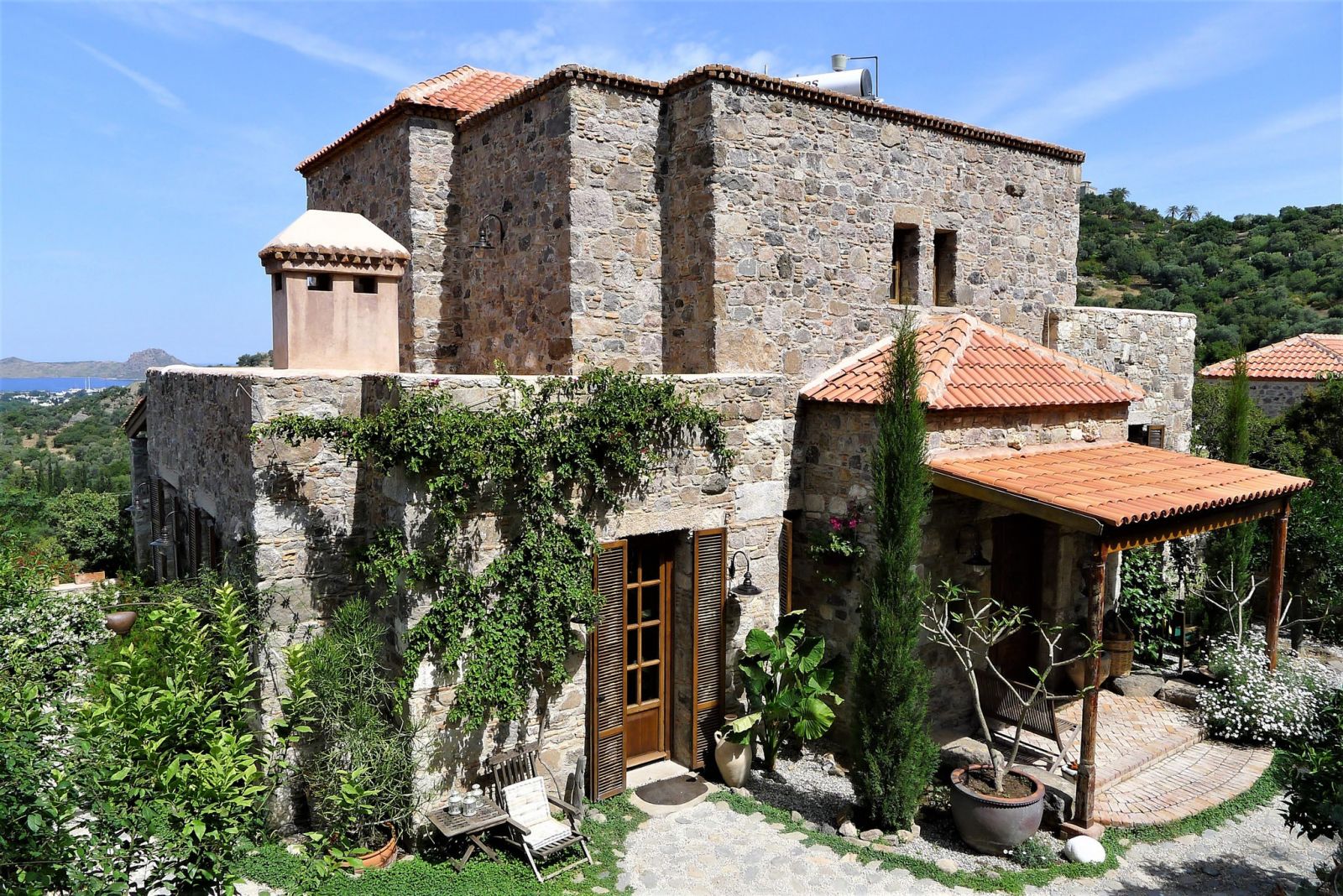 Despite a drop in the Turkish lira, the fashionable Bodrum Peninsula has retained its appeal for wealthy Turks, as well as a new wave of international buyers.

A Five-Bedroom Estate in Southwest Turkey

This five-bedroom property occupies a 1.25-acre plot of land in Yalikavak, a town on the Bodrum Peninsula in southwestern Turkey, about two miles from the Aegean Sea. It is 10 miles northwest of Bodrum, the Turkish port city known for its beaches, boating and historical ruins.

Completed in 2012, the property includes a two-bedroom villa, a three-bedroom guesthouse and a one-bedroom staff house, as well as a large swimming pool and several covered terraces with views of the Aegean coast. The houses were built out of steel reinforced concrete and adorned with local stone, giving them a traditional Turkish Aegean aesthetic. The interiors have wood framed windows, rustic stone walls, oak and tile floors, and hefty oak ceiling beams.

A long driveway leads past the staff quarters to a graveled parking area. The front door of the approximately 3,230-square-foot main house opens to a dining area adjacent to the kitchen. To the right is a living room with built-in oak bookshelves, a fireplace and a cozy seating area facing the sea. The kitchen, to the left of the dining area, has Turkish tile floors, chestnut cabinets and chestnut-framed French doors opening to expansive terraces and al fresco dining spaces.

Upstairs, the master suite has an large arched window, a spacious bathroom and a private balcony with water views. The second en suite bedroom downstairs is typically used by guests, said Heike Tanbay, managing director of Engel & Völkers Bodrum, which has the listing. The home’s furnishings and decorations, a mix of antiques and Turkish textiles, are included in the asking price (excluding certain collectibles).

The guesthouse is approximately 2,150 square feet, with three en suite bedrooms connected by an outdoor courtyard, and a painting studio with sweeping water views in the building’s tower.

Behind the houses, a stone staircase descends to a 56-foot pool and surrounding stone patio. A walkway leads to a bathroom, a sitting area and a fitness room in the garden level of the main house.

The landscaped grounds include tangerine and jacaranda trees, and offer several covered lounging areas. The one-bedroom staff cottage is roughly 750 square feet and is currently shared by two caretakers, a couple whose employment could continue, Ms. Tanbay said.

The property is in a sparsely developed residential neighborhood in the coastal resort town of Yalikavak, which has a population of about 13,000. Yalikavak Bay, five minutes away by car, has a popular marina that caters to yachts and offers shopping and dining. Bodrum, in the province of Mugla, is about a half-hour drive; the port city, which has a population of about 40,000, is known for its seaside resorts and links to ancient history, including the ruins of the Mausoleum of Mausolus, one of the Seven Wonders of the Ancient World. Milas-Bodrum Airport is about 30 miles northeast, and the Greek island of Kos is a 50-minute ferry ride away.

For decades, the warm, dry Bodrum Peninsula has been a playground for Turkish aristocrats, international royalty and celebrities. “It is regarded as Turkey’s answer to Saint-Tropez,” said Tolga Ertukel, founder of Turkey Homes, a London-based real estate agency with offices throughout Turkey. 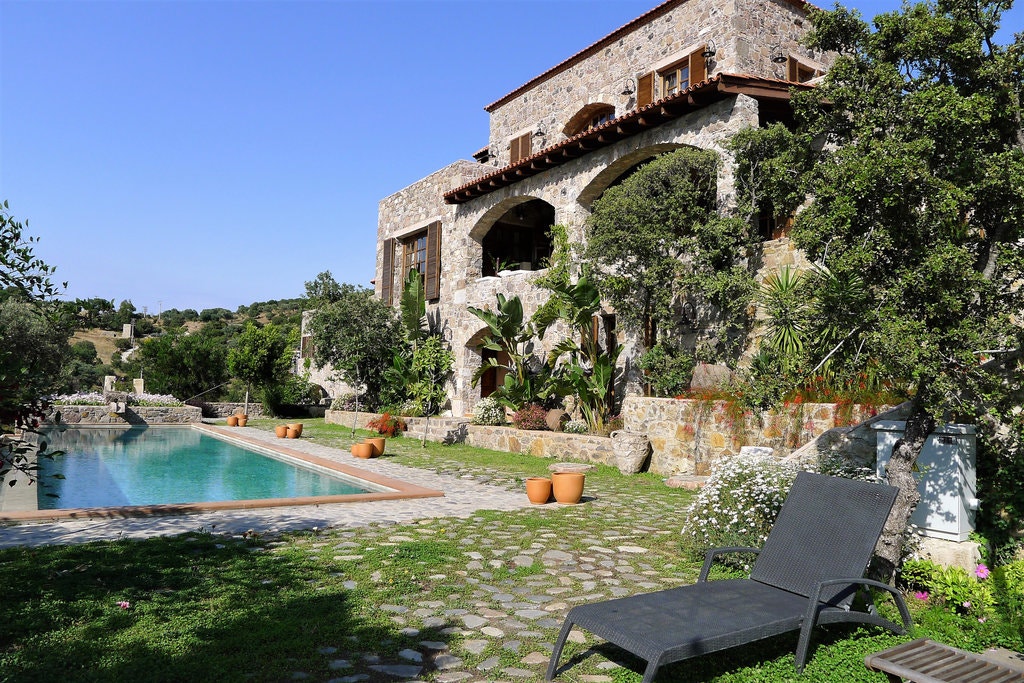 The peninsula has two focal points, agents said. The city of Bodrum is seen as increasingly desirable by younger Turks, said Cameron Deggin, the managing director of Property Turkey, a real estate agency in Bodrum. Some work remotely or fly to Istanbul, about 400 miles north, a few days a week. Yalikavak, on the peninsula’s western side, lures tourists and buyers with its beaches, resorts, shopping and upscale marina.

Although housing prices across Turkey fell overall in 2018, due in part to the decline of the Turkish lira, Bodrum’s high-end market resisted the trend thanks to sustained international demand, Ms. Tanbay said. Still, the volume of luxury transactions fell slightly, with foreign buyers only partly compensating for the drop in Turkish buyers.

Luxury homes on the peninsula typically start at about 1.5 million euros (or $1.7 million), Ms. Tanbay said, but “if you have access to the sea, then prices literally double.” 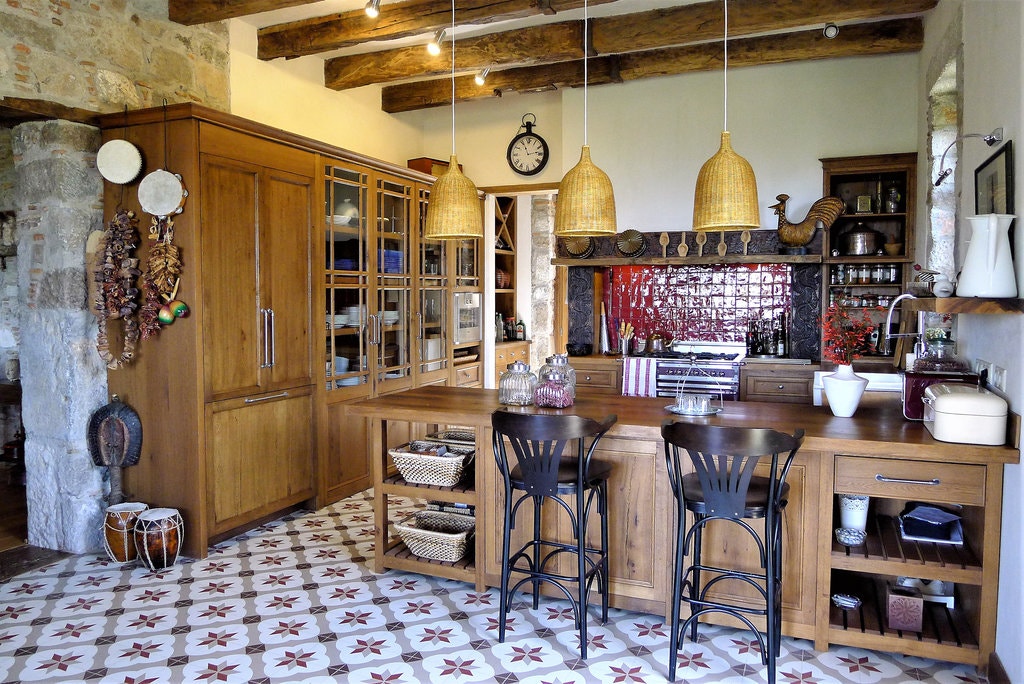 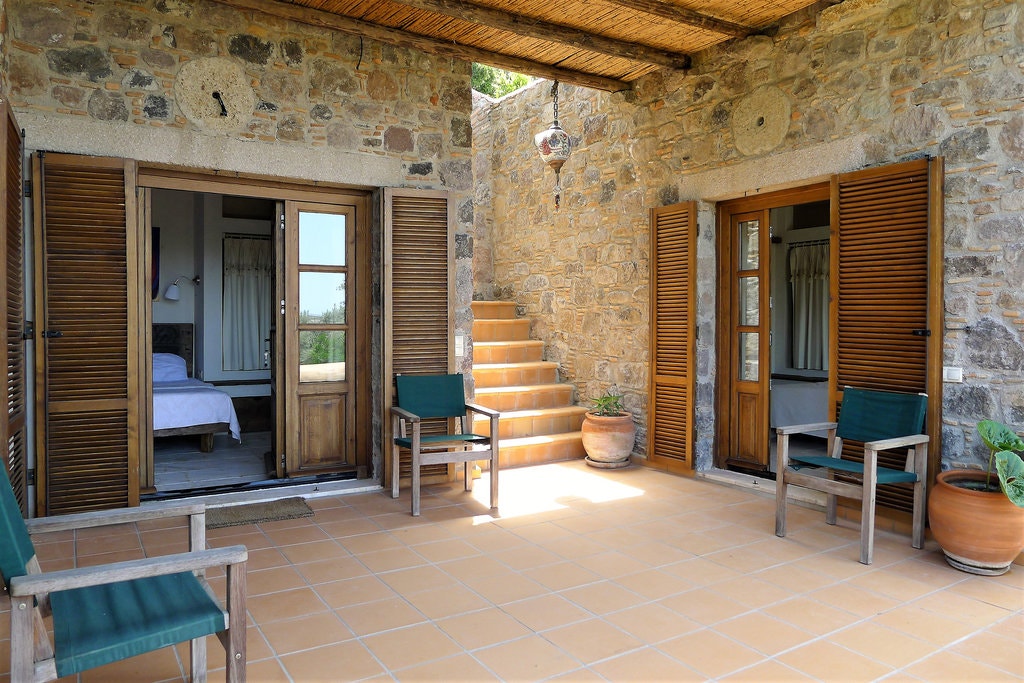 International buyers have been emboldened by the recent elimination of the value-added tax paid by foreigners on newly built homes, agents said. Another incentive is a change to the country’s citizenship-by-investment program, which loosened the requirements from investing $1 million in real estate to investing $250,000.

“Our inquiries have tripled over the last three months, especially the Istanbul market,” Mr. Ertukel said. Ms. Tanbay, however, said she believes the program’s effect will be limited, particularly in Bodrum.

Mr. Deggin and other agents said Turkey’s increasingly autocratic government does not seem to have been a concern for many foreign buyers. “They are not put off at all,” he said of his clients.

You can access the full article published by Roxana Popescu on The New York Times website on Jan. 9, 2019, at the link below.

Developments of the Real Estate Mar...
EVBodrum in The New York Times '20...